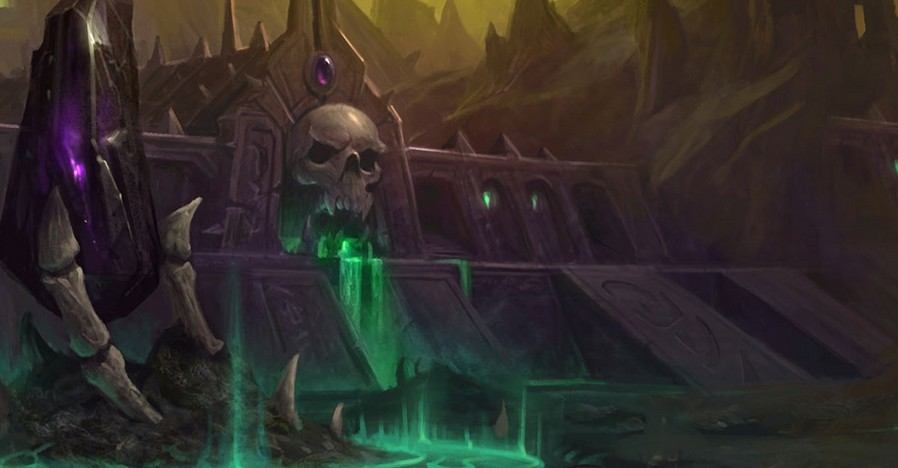 Our new Shadowlands Premium wordpress template can transform your standard wp site into a fully functional guild website so your guild can have an ideal homepage and a place to define them outside of the game, with the most user friendly options in the world our world of warcraft theme makes website creation a breeze because its powered by the worlds top rated WordPress Engine, you don’t need to be a wizard of code to use our themes nor do you need any prior webpage creation knowledge you simply need a website running wordpress be it on a professional web hosting service or simply on an old computer running in your basement.

Give our shadowlands website theme a try today and see why thousands of gamers choose to use Ejeet Networks wordpress templates for making their site look ideal without all the headaches of creating a website from scratch. 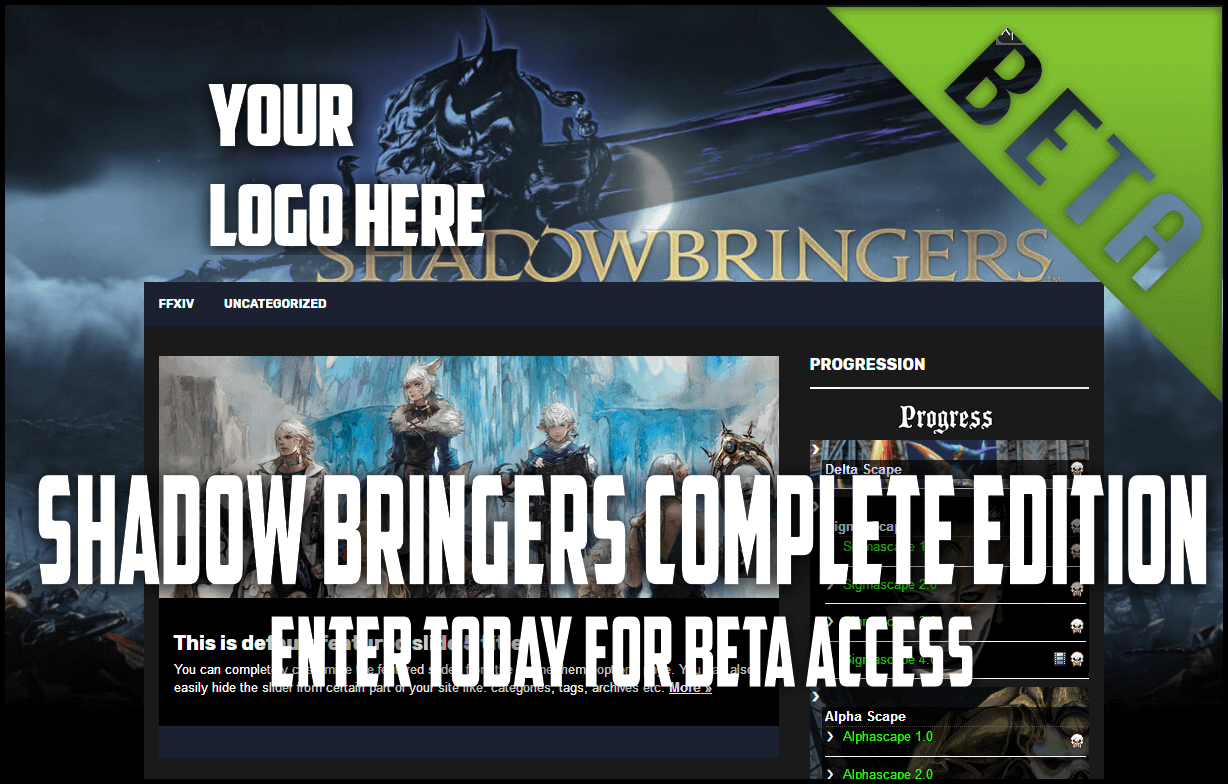 The Shadow bringers Complete Edition WordPress template for fan sites, raiders and free company’s is finally in closed beta, we did not want to rush this template so we put lots of effort into making it have items that other guild hosting type websites do not have, for one its our state of the art class recruitment module and progress tracker which currently supports Eden and last expansions Alphascape system, the template is optimized and comes in at a 1.02mb making it ultra light weight due to heavy optimization you can run your website with zero lag or latency problems that come from large clunky themes, not to mention it fully supports cache plugins like wp super cache and w3 total cache allowing you to take full advantage of speed.

If you are interested in trying our closed beta version of this template you may enter for a chance to access the template using the form below.

Excitement fills the air as we are less than an hour away from the official launch of the next world of warcraft expansion pack, first observed on the European servers followed hours later by a midnight pacific us launch.

With the launch occurring our legion promotion of our selection of WordPress is about to end, we have extended the 5.00 savings promo code ‘ legion ‘ until August 31st then that’s it the sale will be over forever, until then you can still enjoy this discount on any world of warcraft legion WordPress theme purchase.

If you and your guild are considering making a guild in this expansion maybe you should consider taking a look at our themes before August 31st.

Are you operating a world of warcraft alliance based website with blue and gold? Excellent, let us show your our amazing alliance template that can help aid your guild or dedicated site get started.

Using the Ejeet Networks WoW : WoD The alliance template you will be able to demonstrate your passion for the alliance faction in warcraft with the arch lion in the background appearing as royal curtains or an iron curtain for the power of the alliance you will also be able to add your own slider images, text, your very own logo and recruitment levels not to mention you can show off your boss progression with our elite tracker allowing you to display from normal to heroic to mythic boss raid kills, you can also enjoy fast snappy clicks as all of this template is responsive it will look great on every device.

You can find out more about this template for wordpress.

Loading Comments...
We use cookies to ensure that we give you the best experience on our website. If you continue to use this site we will assume that you are happy with it.Ok